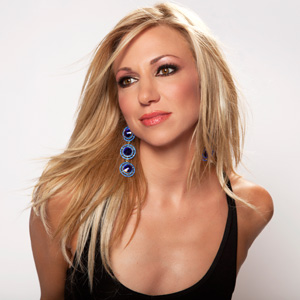 I don't want you to scare the people behind the table, but occasional eye contact is engaging! Don't pretend there's no one in the room. This is contrary to popular belief, but - it has worked for me!

Not to sound like Paula on "American Idol" but, song choice as it pertains to the character description is crucial. Note words like "quirky", "edgy", "pop/rock", etc.

Don't come in a costume but wear something that feeds you and your acting choices. It also lets people know you care to prepare! Which leads me to...

Don't go in without sheet music, without appropriate cuts if asked for 16 bars, etc...

The creative team needs to cast the role! Walk in like you are there to offer a gift - the gift of your own uniqueness and authenticity.

Don't run out of the room, but once everyone says "thank you" and "we have what we need" it's time to move on!

Again, people have told me not to, but I've brought in limited small props in cases where "miming" a phone, a shopping bag, etc, would have taken me out of the moment, and my preparation was appreciated.

8. Take a moment before you start your song or scene to take a breath and prepare.

Don't take too long, but some time, It shows people you are an actor. Fran Weissler actually gave me this tip - don't be so eager to show us how comfortable you are by chatting to the accompanist and then turning and beginning! Take a breath and then begin.

9. Do a song that shows uniqueness and personality first.

Many times people do the stiffer song first thinking they're showing some serious side of themselves, when in fact it's usually the "idea" they have of themselves.

10. Don't wear jewelry that makes more noise than you do!

The band will provide the percussion - thank you!

At the age of 16, music prodigy Deborah Gibson became the youngest person ever to write, produce and perform a number one single, "Foolish Beat", a record she holds to this day in the Guinness Book of World Records. To date, Gibson has sold more than 16 million albums worldwide. After conquering the pop world, she set her sights on the theater. Gibson took a star turn in the Broadway production of "Les Miserables" as Eponine. She broke box office records in the London West End production of "Grease" as Sandy, and then traveled the U.S. in Broadway tours of "Grease" and "Funny Girl" playing Rizzo and Fanny Brice. Gibson also wowed critics as Belle in Disney's "Beauty and the Beast," Gypsy Rose Lee in "Gypsy,"