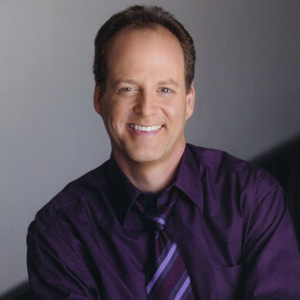 any rule can be broken, providing you know why you're doing it, and have a good reason.

It takes that much preparation. Don't pick up a song and run through it a couple of times, and then take it into an audition. You need to know that song backwards and forwards. Know the composer, the lyricist, the appropriate tempo (which may not be the traditional tempo - more on that later), the key you're singing in, and the show the song comes from. Know what you're doing with every word - this is not an improv.

3. You are the doctor - they are the patients.

This is perhaps the least understood aspect of the auditioning process. They WANT you to be the one they're looking for. They don't want to sit through hours upon hours of auditions waiting for the right actor to show up. They want it to be you. THEY'RE ON YOUR SIDE.

4. The person in the room with the least amount of power - who has the least say in whether or not you're hired - is the musical director.

The musical director will be the only one in the room who will know how well you can sing, and he or she will be able to determine that within two measures of music. Therefore, the least important purpose of your audition is showing that you can sing. So there's no reason to choose a song filled with vocal acrobatics - choose a song that shows you can ACT.

5. Despite what you may have heard, the song you choose will tell you whether or not to look directly at the auditors.

Odds are, you'll want to. Most likely, what you're doing with your song is telling a story, and you're telling that story to the people sitting at the table in front of you - you are not telling it to the wall behind them. Singing directly to them does not force them to look away - and it doesn't make them uncomfortable. It challenges them to listen to you. Let them look at your resume after you've left. For now, you want them listening to, and watching, you.

6. Anyone can sing a song straight.

Classic interpretations of lyric and melody are a dime a dozen, and usually unmemorable. Don't be afraid to reinterpret your song. The classic example of this, originated by Albert Hague, (a Broadway composer who was prompted by George Abbott to teach actors how to audition), is singing Irving Berlin's "I Love a Piano" slowly and erotically, (actually making love to the piano as you sing.) You may get a number of different reactions from your auditiors - they may even be angry at you, demanding immediately that you sing the song as it was meant to be sung. Which, of course, you are fully capable of doing - brilliantly. Make them laugh, make them angry, make them think. What this does, is make them remember you.

7. Brevity is the soul of wit and auditioning.

That story you're telling doesn't have to be an epic. What you're doing here is showing the auditors how good you are, and it doesn't take a lot of time to do that. Be economic, and get out.

Don't hang around, waiting for them to ask you to do something else - if they need to hear more at that moment, they'll have no trouble asking for it. Don't hang around to talk to your friends in the anteroom. Don't do a post mortem of the process. Go home. If they need to see more, make them call you back - that's what you want. By the time you get to your callback, they may have forgotten what they needed from you in particular - but they'll figure they must have called you back for some reason. You must have been pretty good!

9. If a friend asks you what you sang and wants a copy of it, give it to them.

First of all, they can go to a music store or wherever and get it themselves if they have to. So what if they sing the same song as you do at an audition? Someone may do that whether or not you've provided the music. And the answer to that is always the same - sing it better. Which is to say, perform it better.

Even if he or she has done a lousy job, thank the accompanist. As for the auditors, despite all I've been taught to the contrary, I'd give them a brief thank you on your way out. I mean, what else do you say? In reality, they should be thanking you. Again, you're the doctor. You're doing them a favor by showing up, and offering to help them. It's that attitude that will get you ahead - not the appearance of pleading to be hired.